On Tuesday, Prahlad Modi, the younger brother of Prime Minister Narendra Modi, and his family were involved in a car accident. In Mysore, Karnataka, this occurrence took place. His wife, son, and daughter-in-law were all in the car with him at the time of the collision. The evidence indicates that both his son and daughter-in-law have moderate injuries and both have sustained minor injuries in this mishap. He was however given medical attention at the JSS hospital. Two cars collided with one another, causing the collision. 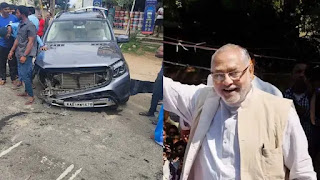 He was reportedly driving to Bandipura near Mysore (Karnataka) when the tragedy occurred. At Kadakola, he was in a collision with his car. His car's front suffered significant damage in the collision. It was a matter of honour that the locals rushed to the rescue as soon as the disaster occurred. Following this, the hospital admitted Prahlad Modi's family. Seema Latkar, the superintendent of police in Mysuru, has reportedly visited both the scene and the hospital. 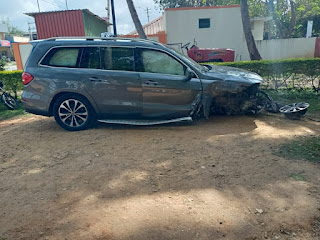 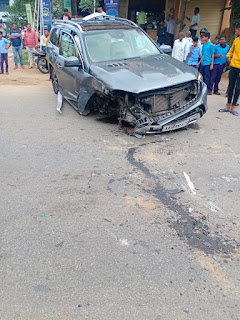 After this occurrence, Sonal Modi, the daughter of Prahlad Modi, was contacted by Jagran's team. She described the incident, saying, "When this catastrophe happened, my father, mother, brother, and sister-in-law were travelling from Bangalore to Mysore. It resulted in injuries to the father, brother, and sister-in-law, who have since been transported to the hospital for treatment. The Gujarat Fair Price Shops and Kerosene License Holders Association is presided over by Prahlad Modi.